The Jealousy of God

The Jealousy of God

Many people do not have a problem with a soft “teddy bear” God. However, the moment the words “wrath,” “anger,” or “jealousy” are mentioned, the room grows quiet and hands start fidgeting. All too often, when something is challenging, people give themselves the authority to throw that idea out and create a god that is lesser than the God of the Bible. This is idolatry and scripture warns of the foolishness of worshiping a created thing rather than the Creator. The problem stems back to whether we can trust Scripture to be our final, perfect, and inerrant source of Truth given to us by God. While this is not a post focusing on the reliability of Scripture, it is important to first acknowledge our Bibles are trustworthy and contain words of Life!

If we decide that we trust only parts of the Bible and not others, dangerous false teachings can run rampant. Second Timothy 4:3-4 warns, “For the time is coming when people will not endure sound teaching, but having itching ears they will accumulate for themselves teachers to suit their own passions, and will turn away from listening to the truth and wander off into myths.” When we throw out attributes of God that are more difficult for us to understand (like jealousy, wrath, and anger) we are creating a god of our own passions and slip into heretical teaching.

Oprah Winfrey had a highly publicized tiff with how the church presented God as jealous. She is outspoken about her universal beliefs and recounts her decision to leave the church. She recalls in an interview with O, The Oprah Magazine, that after attending a Sunday service one week, she asked herself, “‘Why would God be jealous? What does that even mean?’(…) That’s when I started exploring taking God out of the box, out of the pew. And eventually, I got to where I was able to see God in other people and in all things.” She asks a good question, but instead of going to Scripture to understand why God would be jealous, she takes a deep dive inward and places trust in fallen sinful flesh rather than God and His Word.

What Does it Mean for God to Be Jealous?

Jealousy is often and easily misunderstood by many people today. When one thinks of jealousy, we might think of an envious feeling we get towards another individual for some quality or thing they have that we do not. We want what they have and it makes us jealous. Perhaps we think of someone succeeding and feel jealous because we did not succeed as that person did. These examples are a result of a sinful worldview and are not how we should understand jealousy as an attribute of God.

Exodus 20 is the first time we see God describing Himself as jealous. He gives Moses the Ten Commandments and declares that the Israelites are not to worship any false god, for He is a jealous God. Later when God is giving Moses the new stone tablets (because Moses broke the first ones…), He says He is making a covenant with the people of Israel. Exodus 34:14 records God declaring that His name is Jealous, “Do not worship any other god, for the Lord, whose name is Jealous, is a jealous God.” These are not isolated occurrences. We cannot (and should not!) hide the fact that throughout scripture God reveals Himself as jealous for His name (Deut. 4:24, Josh. 24:19, Zeph. 1:18, Joel 2:18, to name a few).

God is not only jealous for His name, but also for the love and worship of His covenant people. God, being the definition of love and wisdom, being perfect, holy, all-knowing, good, and just, knows what is best for His people and cares deeply about them. He knows that ultimate fulfillment and joy are found in Him alone and that no one is saved except through His Son. So when His people chase after false gods, they are headed down a path of destruction that is deadly to their souls and insulting to God and His name. He is not apathetic towards this. Because of His jealousy, He deeply cares.

To better understand this, it can be helpful to look at a healthy marriage relationship. God is not an insecure, clingy husband that sends a thousand texts when you are with a friend. Rather, He is a faithful and loving husband who desires to be united to and in covenant with His wife. John Calvin writes that “the Lord, who has betrothed us to himself in truth, declares that he burns with the hottest jealousy whenever, neglecting the purity of his holy marriage, we defile ourselves with abominable lusts, and especially when the worship of his Deity, which ought to have been most carefully kept unimpaired, is transferred to another.” It is a righteous response for a husband to be jealous for His wife who has defiled herself with another man. This shows that he deeply loves her and does not want that for her, and by defiling herself, she dishonors her husband. This jealousy imitates God’s concern for and devotion to His people.

So…Should We Be Jealous?

Yes! …and no. Many times when we have experienced jealousy, it has not been for something righteous. A personal (and ridiculous, if I may add) example is from last year when my car broke down (several times, but that isn’t the point). In dealing with this recurring problem, I became so frustrated that I actually felt jealous of anyone who had a working vehicle. As my patience depleted, bitterness grew. I dreamed of the good ol’ days when I could get in my car and drive to work without the loud clunking reminder that soon and very soon this car would need major (expensive) repairs.

Scripture warns us of the danger of misplaced and unrighteous jealousy. So then, what are we to be jealous for? As imitators of Christ, we are to reflect God’s jealousy and seek to protect His name. Not because He needs us to protect it, but rather, we love God and everything that He is, which leads to a righteous jealousy when we see His name defamed. When a person is jealous for God’s honor, it results in zealous action.

A well-known example of this is when David finds out that Goliath is taunting the people of Israel and making fun of God. David is appalled and says in 1 Samuel 17:26, “For who is this uncircumcised Philistine, that he should defy the armies of the living God?” David was jealous for God to be honored and when he saw that He was not, it led him to take action. David’s zeal demonstrated that he was indeed a man after God’s own heart and the defeat of Goliath resulted in greater glory for God’s name.

Many other people recorded in the Bible have been jealous for God’s name (Phinehas, Paul, Elijah, etc..). But perhaps the most famous example in Scripture is found in the Gospels when Jesus enters the temple in Jerusalem and finds a whole lot of corruption happening. He is outraged that His Father’s house had turned into a marketplace full of theft when it was to be a place of prayer for all nations. He flips tables and drives people out, zealously! Jesus sees that His Father is not being honored as He should and His jealousy leads Him to take action.

Does This Even Matter?

We read that God is jealous for His name and for His people, but would anything really be missing if God was not jealous? Absolutely! The character of God in full, demands that He be jealous for His glory. Because He is the greatest, most holy, perfect being, He would fail to be loving, righteous, or good if He was not concerned for His name and for the worship from all people. If He simply did not care if people worshipped false gods, it would imply that He does not care if we seek after destruction and evil. If He ceases to be jealous, He ceases to be all the other attributes that make Him God. And if He is not all together good and powerful and worthy of all worship and praise, He simply would not be God.

In order to understand God’s jealousy more fully, we must understand more of who God is and why He is worthy of all the praise, honor, and glory. The more we understand jealousy as an attribute, the more we understand His love. He cares about us, He knows what brings life and what brings death. God knows that our worship of things other than Himself will lead to death, and that is not what He desires. God is jealous for our worship, He desires that we would come to Him and draw near. In His gracious and jealous love, He provides a way for us to come to Him. He willingly sacrificed His own Son, Jesus, in our place, so that we would have new life in Him (1 Corinthians 5:17-20). And it is only in that new life in Christ that we can begin to live for the glory of God and be rightly jealous for His name. The cross is evidence that God is not indifferent! This is crazy good news!

The more I learn about who God is and how everything points to His Son, the more in awe I become. I’ll leave you with some final questions I have been reflecting on as my understanding of the goodness of God’s jealousy becomes more clear: Am I jealous for God’s name? Who or what do I run to when something proves difficult to understand? Do I long for Jesus’ work on the cross to be celebrated and embraced by my family, my community, my city, and by all nations? 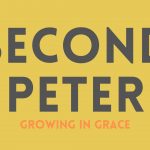 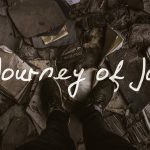 Shall We Accept Good From God and Not Trouble? 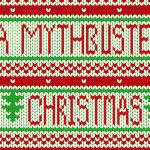 King of the Jews?