When I shared my story with Cor, and he invited me to share it with Hope, I went back and forth for months if I wanted to do it.

I grew up in the evangelical church, with messages about purity culture being thrown at me often, the main being don’t have sex before marriage. My rule-following-spirit responded to these commands with ease. Well it was easy – but mostly because I didn’t go on my first date until after high school. As I entered college, I heard very similar messages to what I had grown up with as I joined more evangelical communities. “Dress modest, help control men’s lust [because it was out of control, and us “sisters” were a big piece of taming it], and don’t have sex before marriage.” These rules sometimes came with smaller recommendations: don’t hang out in a house alone, only stay over so late, only touch these areas, only kiss for this many seconds (oh yes, that was actual advice someone told me). Although helpful, they often became rules instead of recommendations. In the blur of all these rules, I soon forgot the whole point of these instructions in the first place. I was in college, learning to be my own person, which came with valuing integrity more and more.

Valuing integrity is a good thing, but I also used it to make excuses for my not-as-good actions. “Why would I follow this rule if I don’t actually know why I’m doing it? I want to be doing things with full integrity.” And that’s often where I left things. No digging into the why, just leaving it at “I don’t know, so I won’t”.

I went on dates here and there throughout college with men, who were often friends, and were very intentional in the way they conducted their dating lives. However, nothing stuck. They were my friends, not a romantic interest. It wasn’t until my final semester that I started my first real relationship. He ironically went to Hope as well, and conducted himself through the dating world similar to how the evangelical church had been teaching me and many of my friends for a while now. We had the classic “physical boundaries” talk with communication that it would be an ongoing conversation – mimicking what we had seen so many friends do as well.

And we did. There were several times we had made questionable decisions, but we talked about them and pulled back, because that’s what we were taught to do. My mom’s instructions to me years ago echoed, “set boundaries like a fence. You don’t put the fence at the edge of the cliff, that way if it breaks, you still don’t fall off the cliff.” We followed this metaphor closely. But after several months of dating, my feelings had grown, but his had not, so he ended things, both remaining virgins.

The next year and a half was difficult for multiple reasons. The breakup was hard, my dad had been hospitalized, some friends had suddenly died, I was trying to learn how to be a working adult, and to top it all off, a global pandemic occurred. Over that time, I continued to go on dates with people, continuing to maintain my virginity. There was even a short month I dated a guy who was very vocal about wanting to have sex with me. I explained my choice to remain a virgin until marriage. He respected it, but he was the first person to ever tell me he thought I was doing it for the wrong reasons. “It sounds like you’re choosing to be a virgin because of what your church and your mom will think of you if you don’t.” I was shocked, but I sat with those words and for the first time, really asked myself why I was making this choice. I believed it was my own choice, but I started to wonder why God really told us to wait.

Then fast forward to the beginning of 2021. I go on a date with a wonderful man. I told my friend it seemed too good to be true, but here we are a year and a half later, still dating. For the first time in my dating history, he did not go to Hope. He goes to a different church, which has required some growing and understanding on both ends about our Christian experiences. Contrary to my whole life, he had not been constantly preached at about his sex life. He believed sex remained in marriage, but he did not carry the same weight about it that I had my whole life. We remained pure, until we didn’t. We tip-toed around lines for a while, inserting discussions about physical boundaries here and there. Ten months into our relationship, we both had sex for the first time. If I’m being completely honest, it was all initiated by me.

And it was also wonderful. And from a practical standpoint, it was done in a very healthy way. Afterwards I remember thinking, “I know I should be feeling some sort of regret right now, but I don’t.” So we continued to have sex.

A couple months had passed until I finally told some of my friends. I knew what they would say and I just wanted to be excited, not clouding my great experiences with talks about how I should feel convicted. That was the other part – I didn’t feel convicted, but I started to realize in my mind that I should be. So when I shared this news with my friends, I told them just that. None responded with judgment. I was surprised, not because I would expect this of my friends, but because this is what I had seen modeled by the church all my life. Instead all of them that shared my faith with me responded by saying, “I know you. You love the Lord and you know His commandments. You have a good head on your shoulder, and I trust that God is working in you.” I asked them to pray for me, but not that I would stop having sex. I asked that they would pray my heart would have the conviction that my mind knew I should have. And also for my boyfriend, that he would have the same conviction, because I really didn’t want to break up with him.

So more months went by. My friends checked in with me from time to time, but never bombarding me. They let me process everything I was thinking about. Everything from my confusion, as well as my excitement. They listened and continued to respond by trusting my faith and encouraging me in that, and continuing to pray. In these months, I soon grew conviction in my heart, but I also began to question God’s grace for me. I knew my choice to have sex outside of marriage was the same as any other sexual sin, but then why did

I feel like I had a pass and others didn’t? Why were people in the LGBTQ+ community being told they were not Christians. My sin is the same as theirs in God’s eyes. So was this an unforgivable sin? If I chose to never give this up, was my salvation gone?

So my boyfriend and I talked, and by the grace of God he had conviction as well. We decided to stop having sex. Have we slipped since then? Yes. Are we feeling magical and renewed together since giving it up? Maybe, but more importantly, God and I no longer have the elephant in the room. We can continue to grow with one another. I still don’t fully understand why God designed it this way and not another, but I have seen how having sex adds to the complexity of learning to communicate and problem solve. I may not fully understand it, but I just gotta trust the Creator. As my boyfriend said, “and if we don’t trust Him on this, what does that say about our belief in the rest of Him?”

Now when I was trying to decide on if I should share this story, I also contemplated if I should share this on stage myself, or if I should write something anonymously. As you all have been listening to my story, I know there are a large number of you filing through your brain, trying to figure out if you know me. I know this, because this is what I would do. To be honest, you probably do know me. I went to college with some others I knew growing up. Some of you I dated, and others I have met in the past few years. Although it may be helpful to know who I am, I know that there are still a large number of people who are wondering if they know me with feelings of judgment, not encouragement. Again, I know this, because I have found my heart doing the same thing.

Others of you are listening to this, finding relief in knowing someone else has a similar story to yours. I know that because I have also longed for someone else to understand those feelings as well. For someone to understand that I haven’t lost my faith in God, but I’m having a bump in the road around a certain area of God’s design. That’s okay. When I went to my friends, I was not met with judgment. They met me with encouragement and asked how they could walk alongside me. They prayed with me and let God do the work in my heart. They did not view me as any more of a sinner than themselves.

So I want you to ask yourself, how did your heart initially respond to my story? Are you resonating with my story? Does part of you feel “holier than thou” because you waited for marriage to have sex? Or do you feel confused? Whatever it is, I want to encourage you to dig deep on your heart posture on all aspects of sex outside of God’s design. Are you approaching others with humility and encouragement, or with pride and judgment?

For those of you who need a space to talk through your story, I am more than welcome to getting coffee and talking. Email Cor and he will connect us. 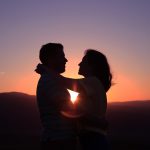 Is it Okay to Sleep Together if We Really Love Each Other?